This winter, our General Manager, Scott Smith, went to India to explore the stone quarries and opportunities to bring some new stone product into our markets. India is an amazing country filled with incredible people. They are generous and kindhearted as a matter of daily life. Their culture and history are a complex tapestry of numerous cultures that have melded together but still maintaining the core of the Indian way of life. A worthwhile visit if you ever get the chance. 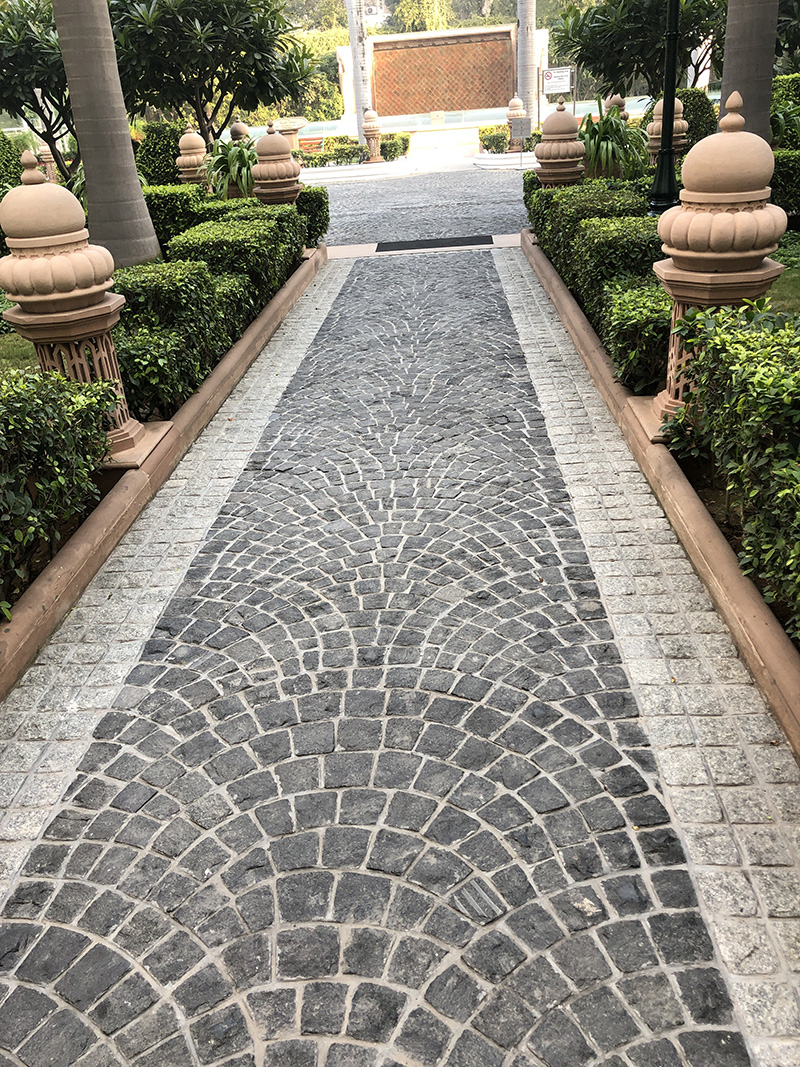 Modern stone path using granite cobbles in a fan pattern. This work is done by hand by skilled masons. 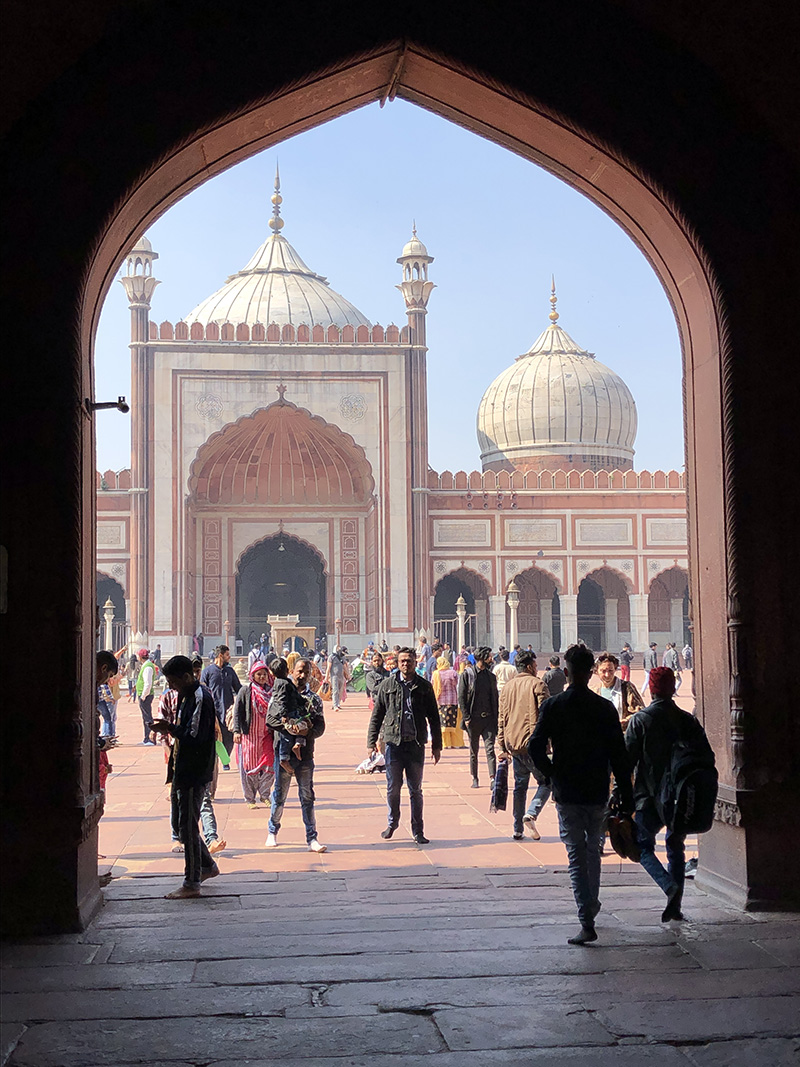 The entrance to the Red Fort where armies returned from battle with elephants and captured wealth. The floor shows the wear from 800 years of traffic. The domes were constructed of brick and clad with marble. There are two domes, an inner dome and outer dome. This was done for both structural purposes and to insulate the interior from the heat of the sun. 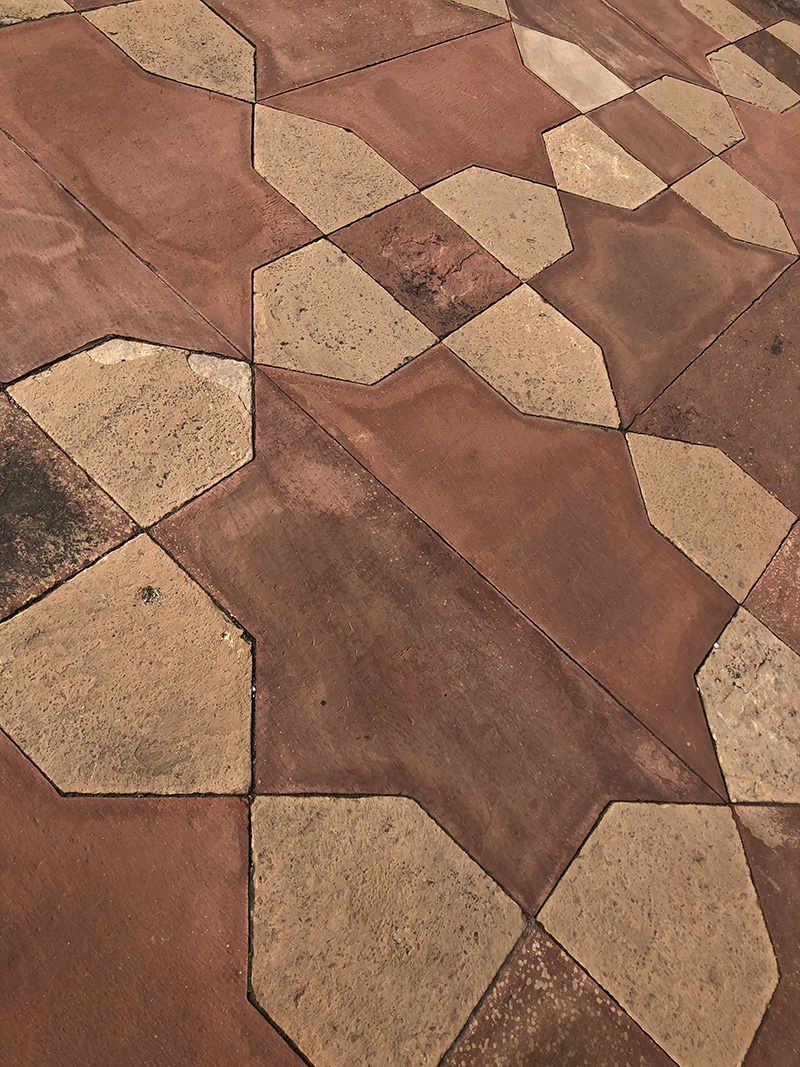 The eight-pointed star is a relic of Muslim Mughals who conquered India and built many palaces and mosques. Much of the stonework in these palaces is still in great condition after 600-900 years attesting to the quality of the stone and craftsmanship. 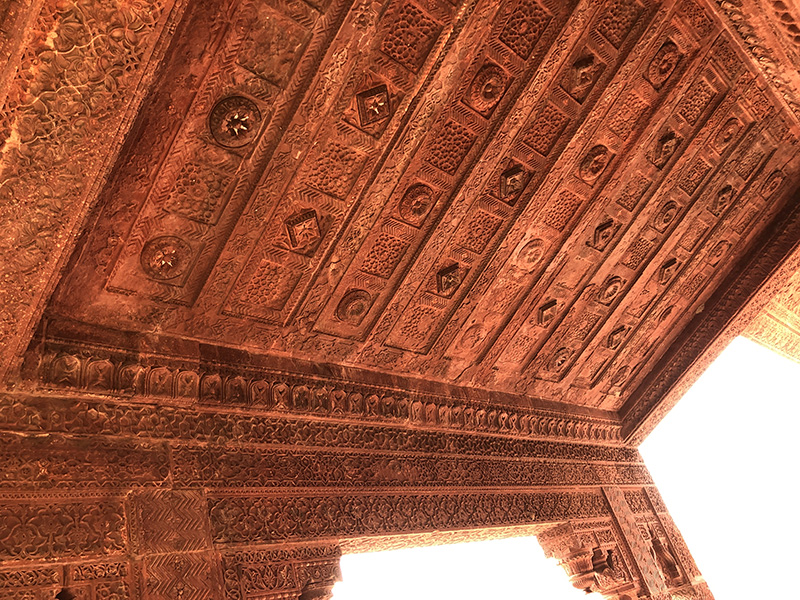 Fine carvings on the underside of a stone awning in the courtyard of a historic palace. India had 584 Princely states (kingdoms) prior to British occupation. Most of these states had multiple palaces owned by the Maharaja. Many of these palaces have been converted to Heritage Hotels where you can stay and live like a Maharaja. 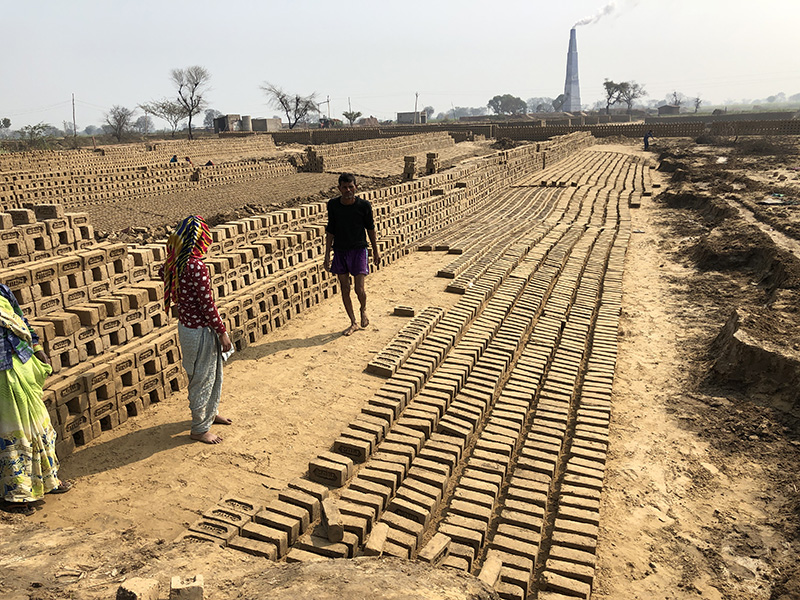 A building brick manufacturing plant outside the city of Agra. Due to the poor air quality in cities the brick plants cannot be within 100K of the city. Just outside the limit there are scores of plants like this one. The bricks are made entirely by hand, mixing water with clay dug from the ground, placed in a mold and set out to dry in the hot sun. The kiln that will fire the bricks once they are dry can be seen in the distance. 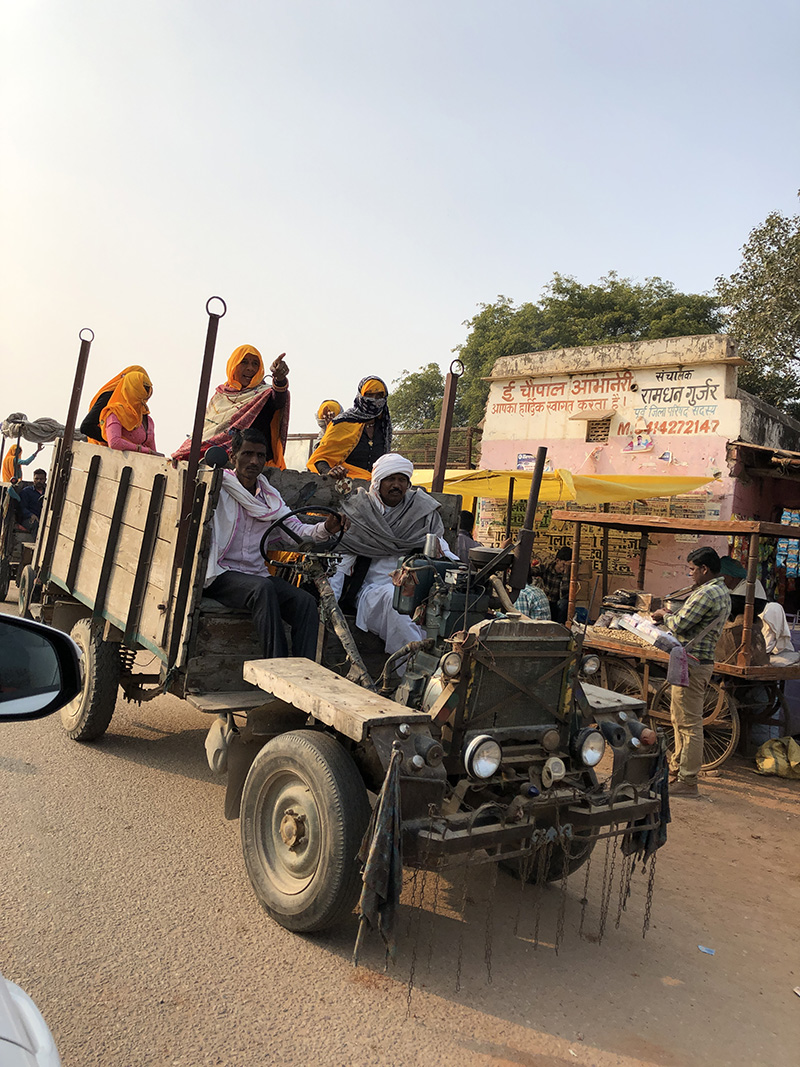 This is a homemade vehicle common in some areas of Rajasthan. The motors are repurposed water pump set motors. The water pump sets are heavily subsidized by the government, so the motors are often removed and repurposed. Note the wooden fender and other crude fabrications.

This family is building a new house for one of the sons. House construction takes years as materials are gathered and money is saved. Construction starts prior to the son being of age to marry in hopes of it being complete when the blessed day arrives. The construction crew is typically the extended family as they find time between their other work. Note the pipe protruding from the lower wall. This is used to fill the cistern beyond the wall from a water truck that delivers water to rural residences. 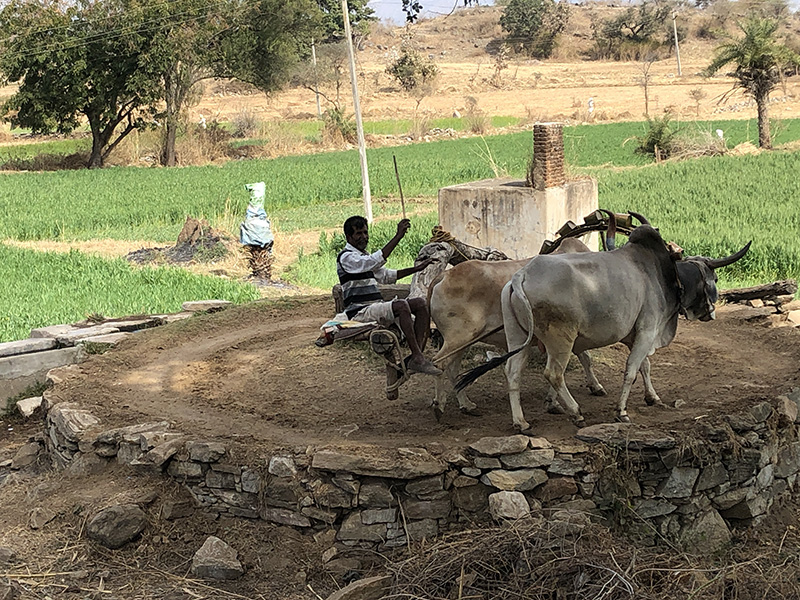 This man is using oxen to “pump” water from a well to irrigate his fields. The chain of buckets on the wheel is lifting and dumping the water into the irrigation trench. Some farms have gas engine driven pumps and even electric sump pumps to lift the water but most still use this time-tested process. 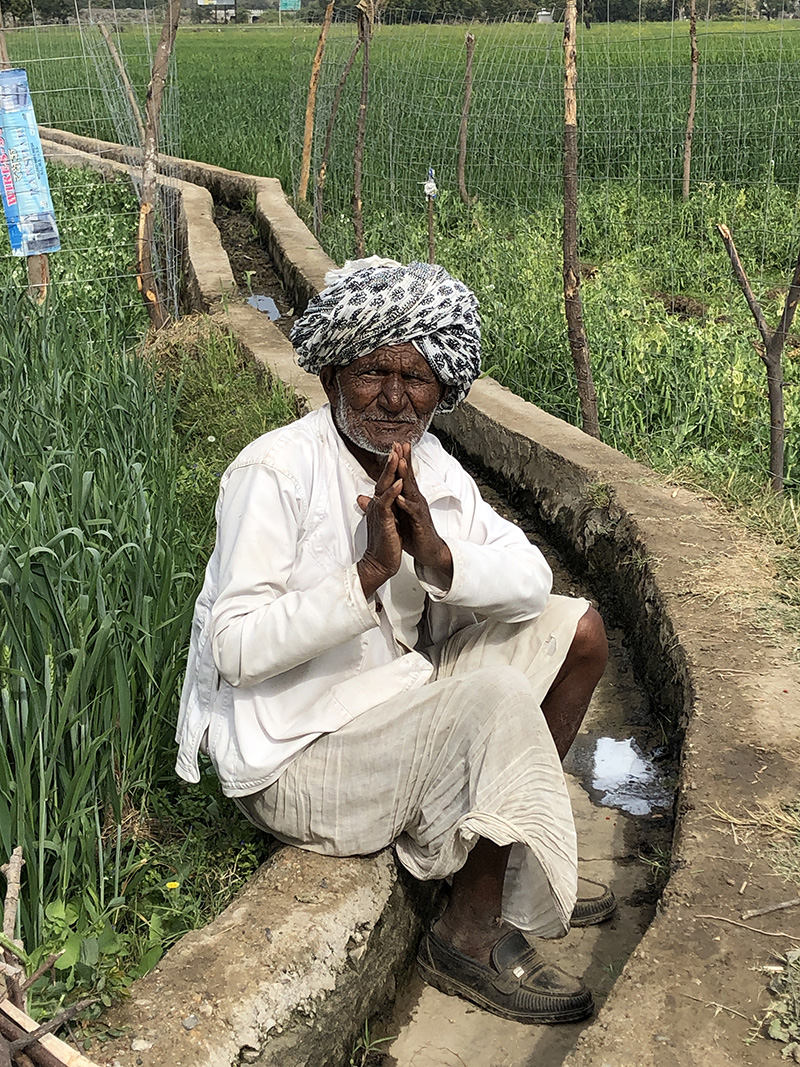 Namaste is a common greeting in India offered with the hands in prayer at the chest. It generally means “My soul recognizes, respects and honors your soul.” This man is sitting in an irrigation channel. Water from the well is “pumped” into the channel which then carries water to the fields. Flooded irrigation is still most common, but a few farms are using spray irrigation. 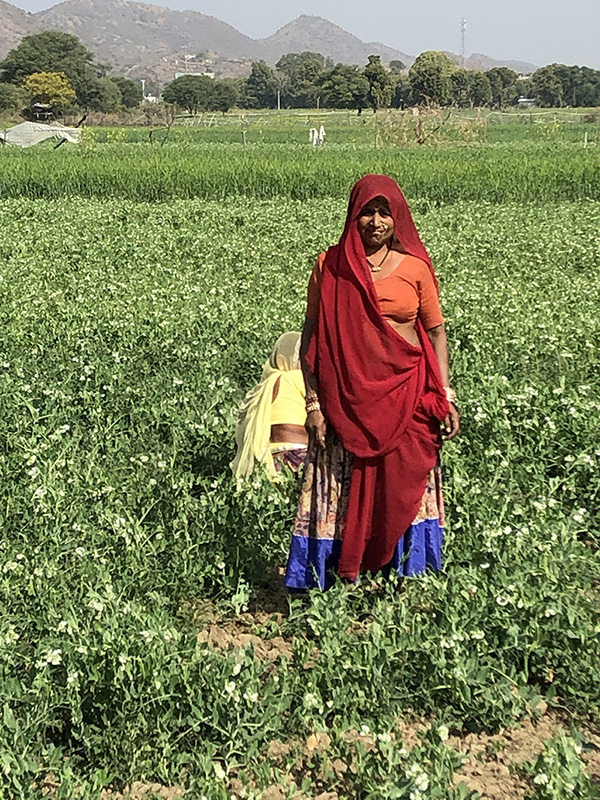 Planting and harvesting is done mostly by manual labor by women. 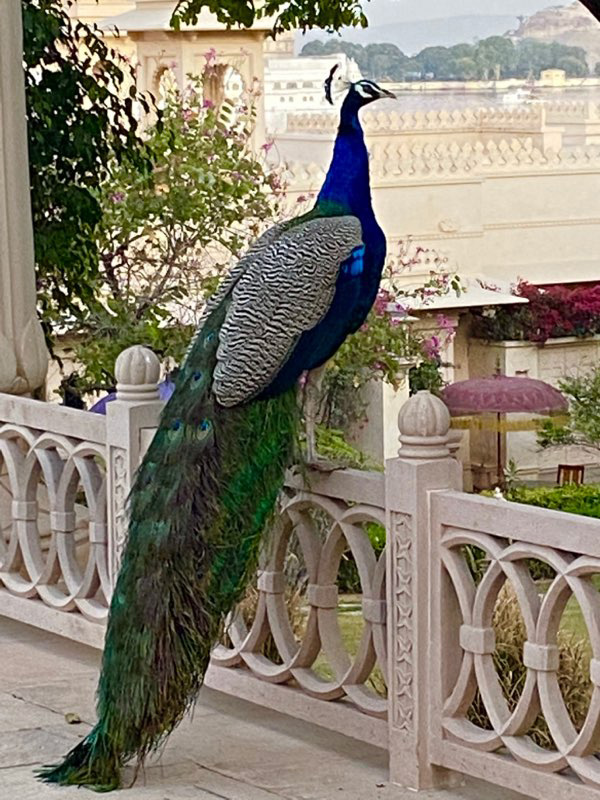 Peacocks roam wild. Their tail feathers are believed to bring good luck and prosperity. A feather is often draped across the dashboard of vehicles. 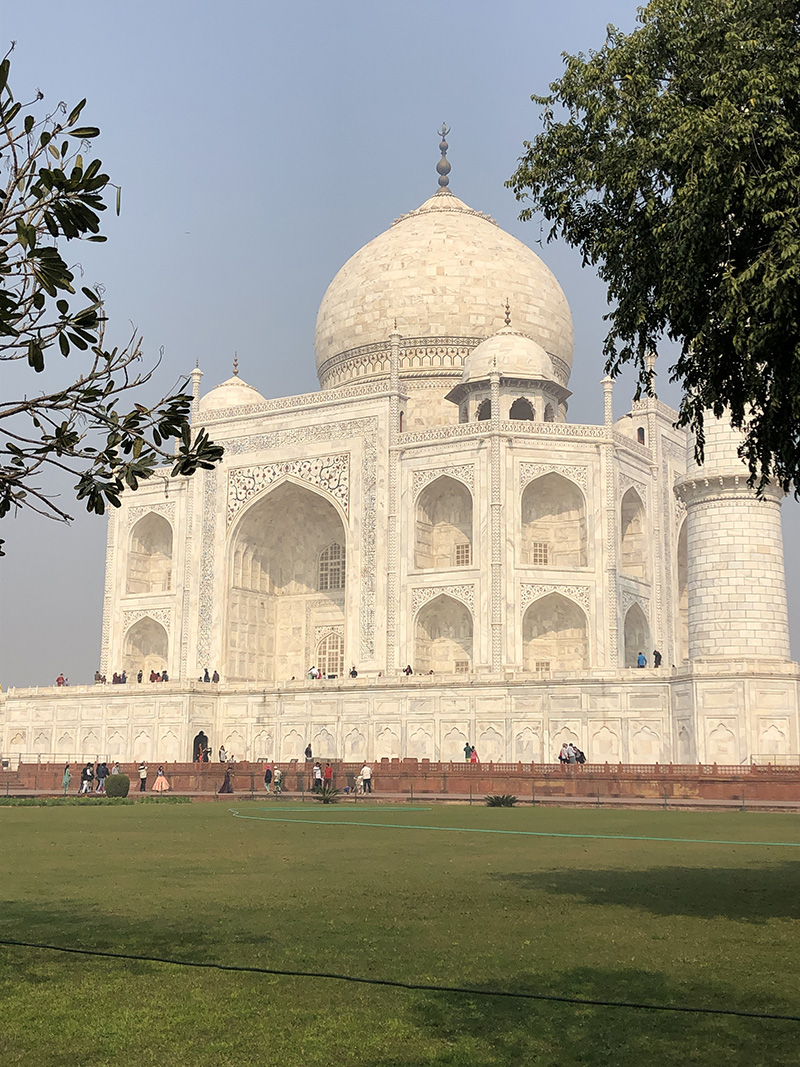 So… the Taj Mahal is really big! As well as incredibly beautiful. Built as a mausoleum for Shah Jahan’s wife and to celebrate their love. The facade and dome is white marble over a brick structure. Everything about the Taj and the grounds is perfectly symmetrical except the tomb for the Shah which was added after construction was complete. 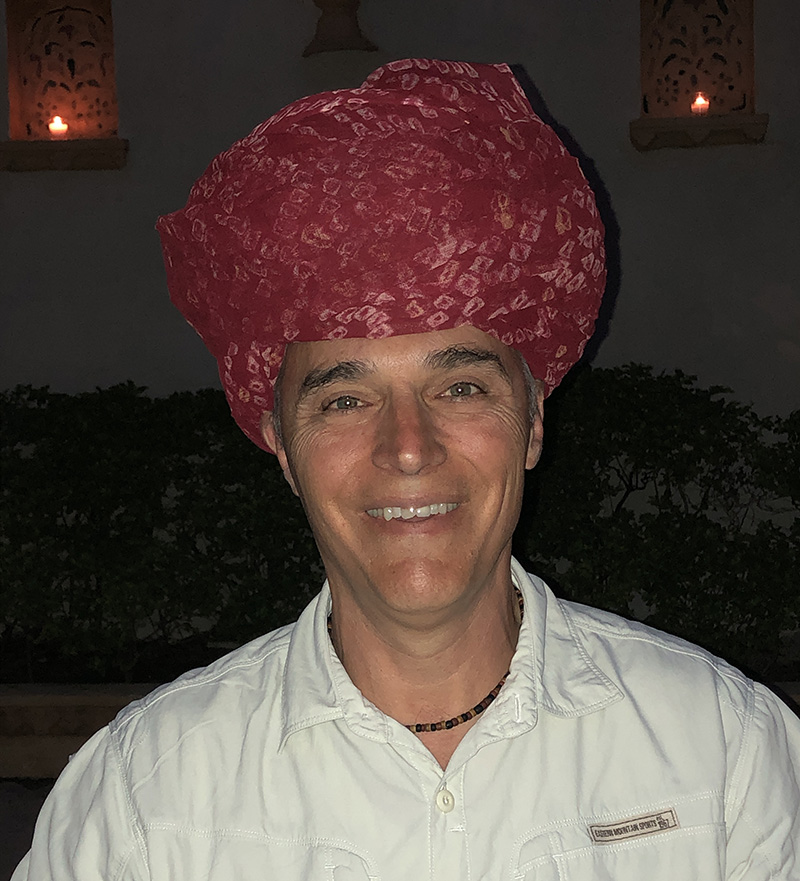 One evening we got dressed up in local garb to attend a dinner in the desert. Tying a turban is no easy chore!

Experienced Brick and Stone
We are a premier provider and distributor of reclaimed street bricks, reclaimed cobblestone, brick veneer, reclaimed curbing and sidewalks, and many more LEED qualified hardscape materials.