A Snapshot of History: The Dunn Patent 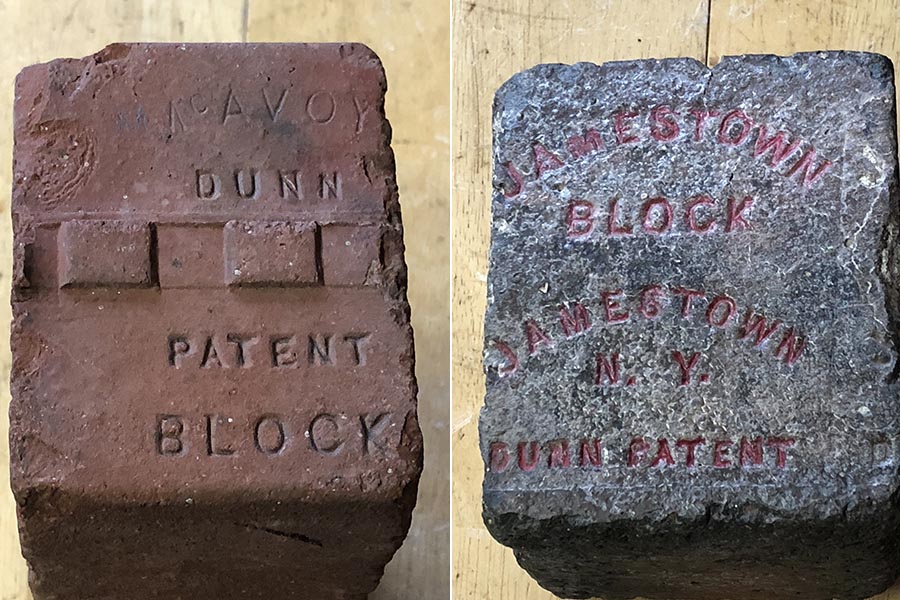 When Frank B. Dunn proposed his new method for manufacturing paving bricks in 1908, “he met not only lack of encouragement from all sides but the most vigorous opposition.” Within a few short years, however, he had transformed the entire brick paver industry with his patented wire-cutting system.

Then, less than 20 years later, he did it again, patenting the technology that replaced his previous invention. Clearly, Dunn was prolific (he even patented a cheese wheel cutter), and even today, many of the reclaimed brick pavers you’ll find at Experienced Brick & Stone were originally created using the Dunn method.

“A simple invention with wonderful results”

Before being named president and general manager of a paving brick plant, Dunn held positions as a laborer, foreman, machinist and salesman, giving him experience with every aspect of brick making. Always alert to potential improvements, Dunn devised a method in the early 1900s that eliminated the costly repress step and produced smoother, more durable products, with better abrasion and absorption rates than repressed bricks. While earlier repressed bricks often had rounded edges, wire-cut-lug bricks had square edges, which produced smoother roadways and were easier to bind together, saving labor costs.

Dunn set to work convincing cities to adopt his method for their paving projects. On an early job, near Buffalo, N.Y., the contractor discovered another advantage: Wire-cut bricks did not require straightening in the road like repressed pavers did — even after 93 feet had been laid. “Expert road authorities have declared that the stretch of highway known as the Buffalo-Williamsville road in New York state, surfaced with wire-cut-lug block, is the most perfect piece of street paving in the country.” Word spread quickly, and by 1911, more than 400 cities had specifically requested wire-cut pavers for their roads, causing the brick paver industry to shift almost exclusively to the Dunn’s patented invention. 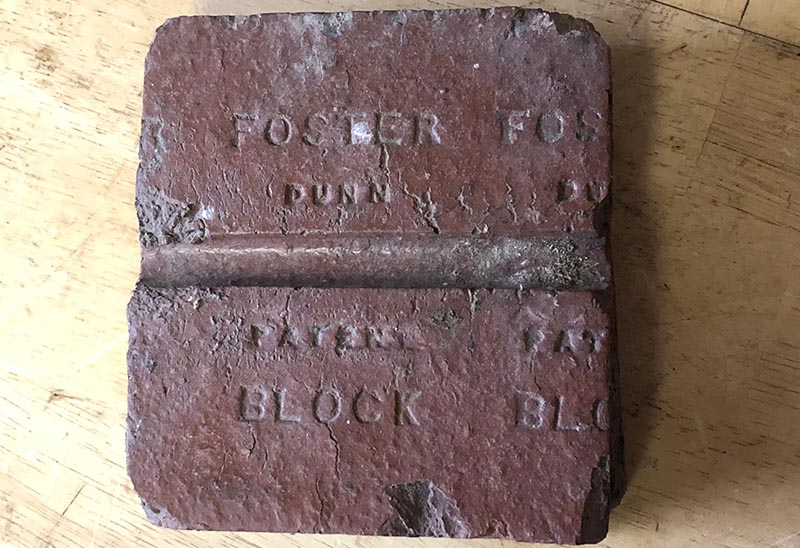 A little over 10 years later, Dunn devised a new method of manufacturing brick pavers and was issued U.S. Patent No. 1,447,413 on March 6, 1923. In the application, he wrote: “From the foregoing it will be readily seen that my improved process produces better and more desirable paving brick, with operable and effective ribs or studs thereon, free from the defects of the prior manufacture, and results not only in an elimination of loss in such manufacture, but in the production of a better paving brick.”