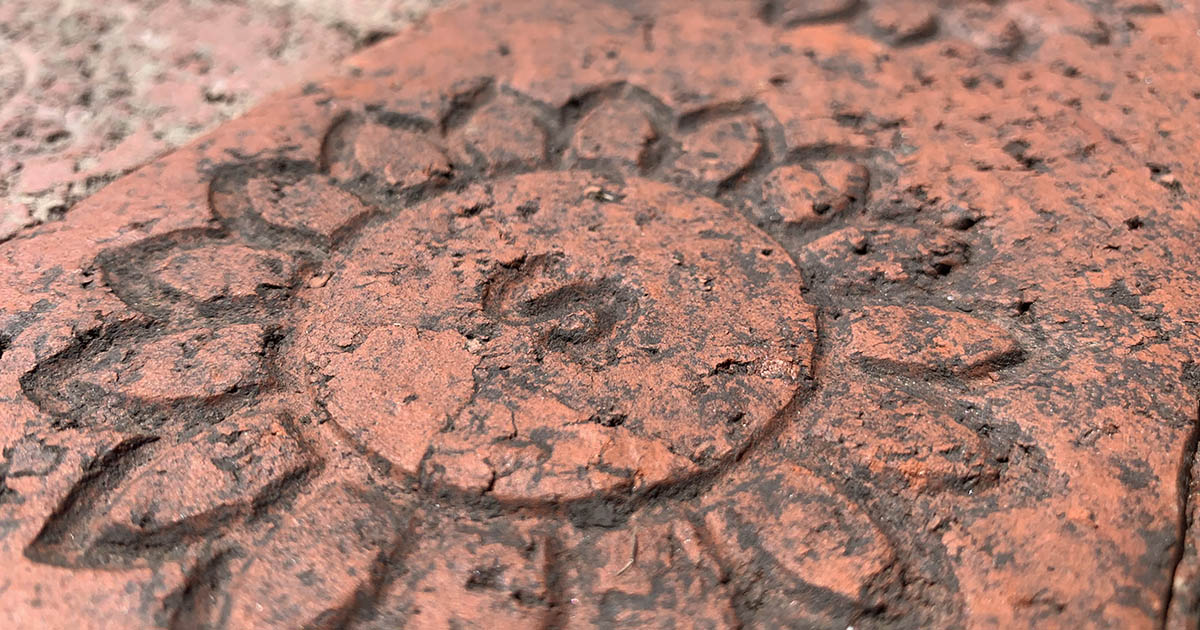 Our inventory of the reclaimed Coffeyville Sunflower sidewalk brick features a stamp of the double sunflower. The S & B inside the sunflowers represent the Shale Brick Company of Coffeyville Kansas. Coffeyville Sunflower bricks measure 8 to 8.5" x 4" x 2" and weigh 5 pounds 2 ounces each, making it a perfect reclaimed brick paver for a garden walkway, sidewalk or path. We have hundreds of these salvaged, antique stamped sidewalk brick in our yard on a first come, first serve basis.

To learn more about our antique Coffeyville Sunflower Sidewalk Bricks, contact us today. And, to explore more of their incredible history, scroll to the History section below.

These historic, reclaimed sidewalk brick pavers were produced at the Coffeyville Shale Brick Company, located at Coffeyville Kansas, over 100 years ago. Due to an abundance of natural resources, including large deposits of shale, limestone, and building stone, Coffeyville was home to several brick plants in the late 1890s and early 1900s.

When operating to capacity, about 765,500 bricks were made every day at the Coffeyville Shale Brick Company. In the 1900s, bricks were in great demand for sidewalk, street paving, and railroad passenger platforms. Each factory would imprint their brick with a special design. Today, these bricks can be seen throughout the world and have become a collector's item to many.