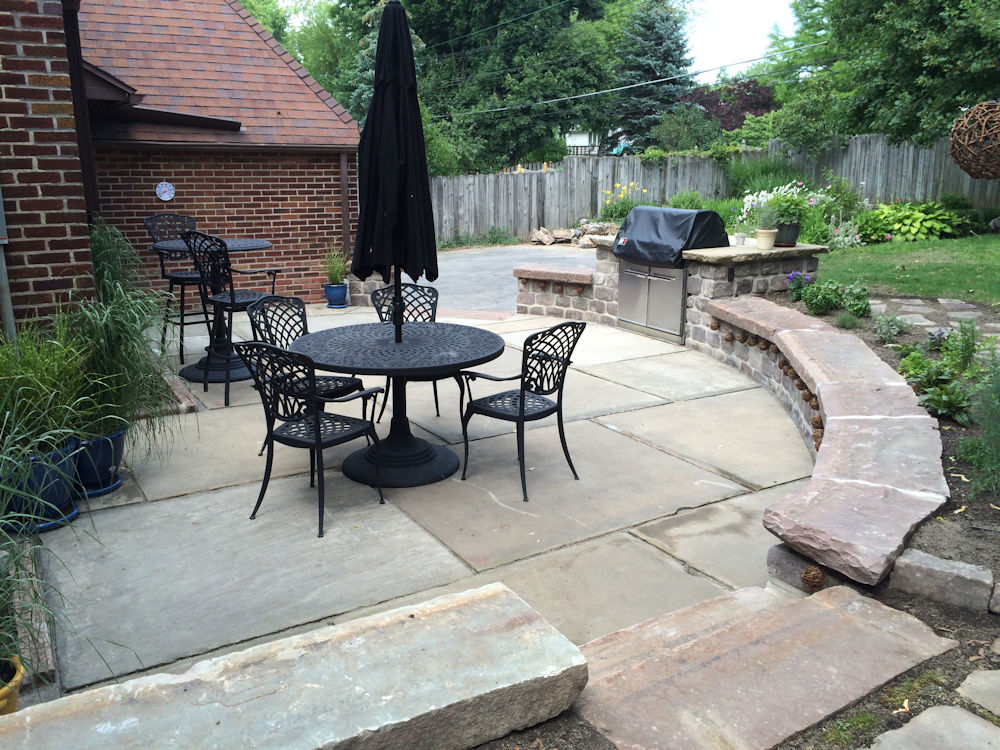 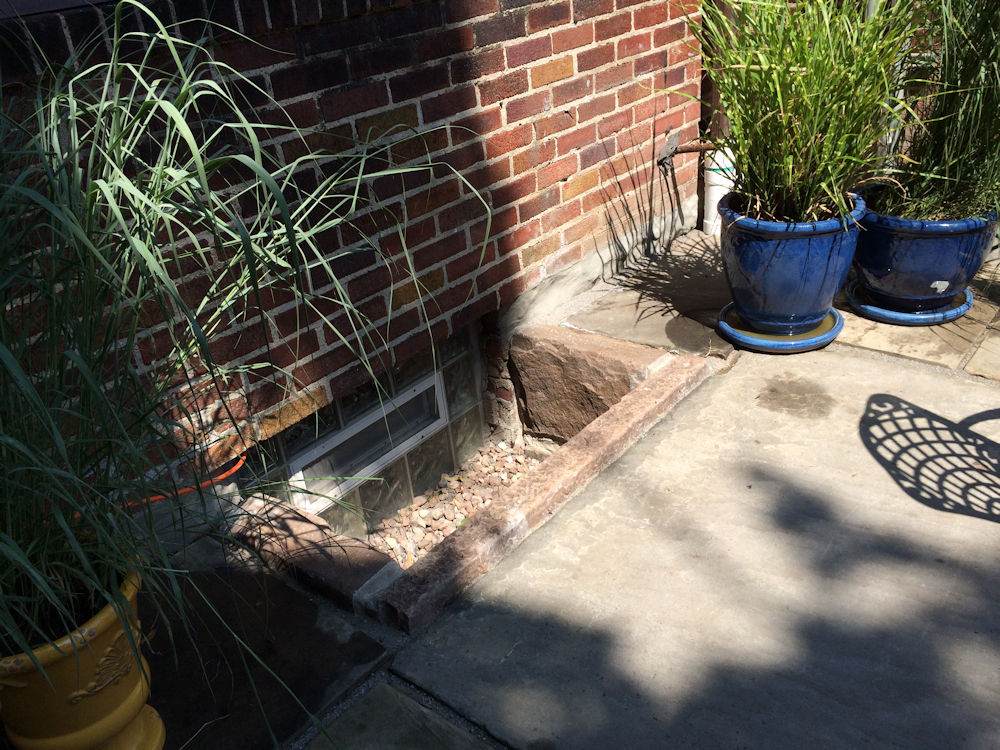 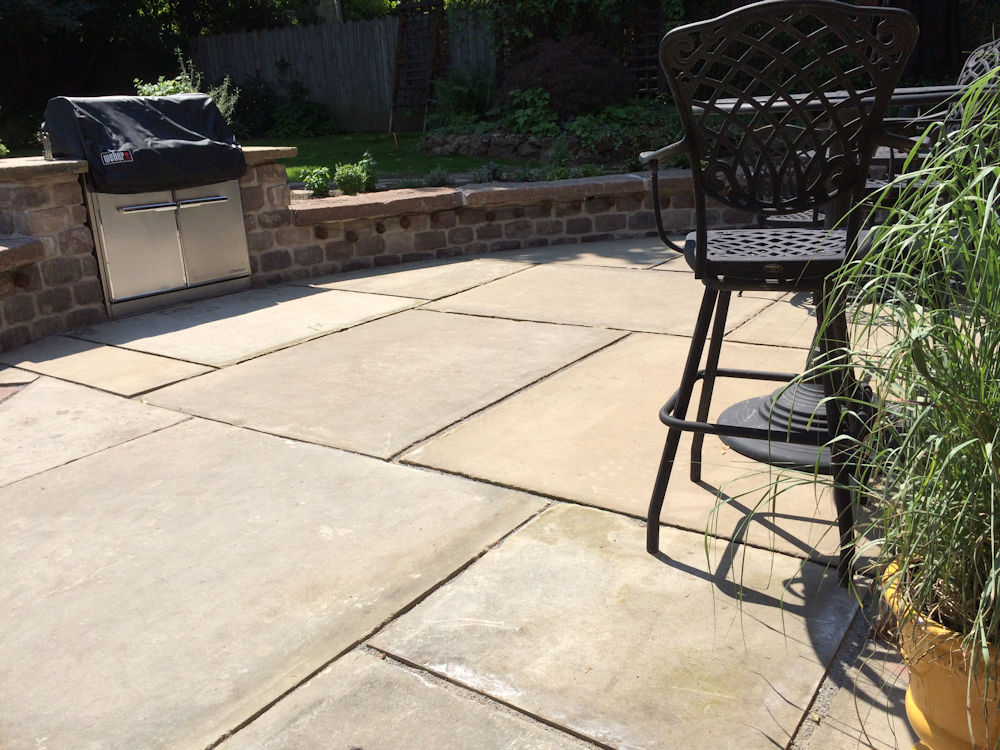 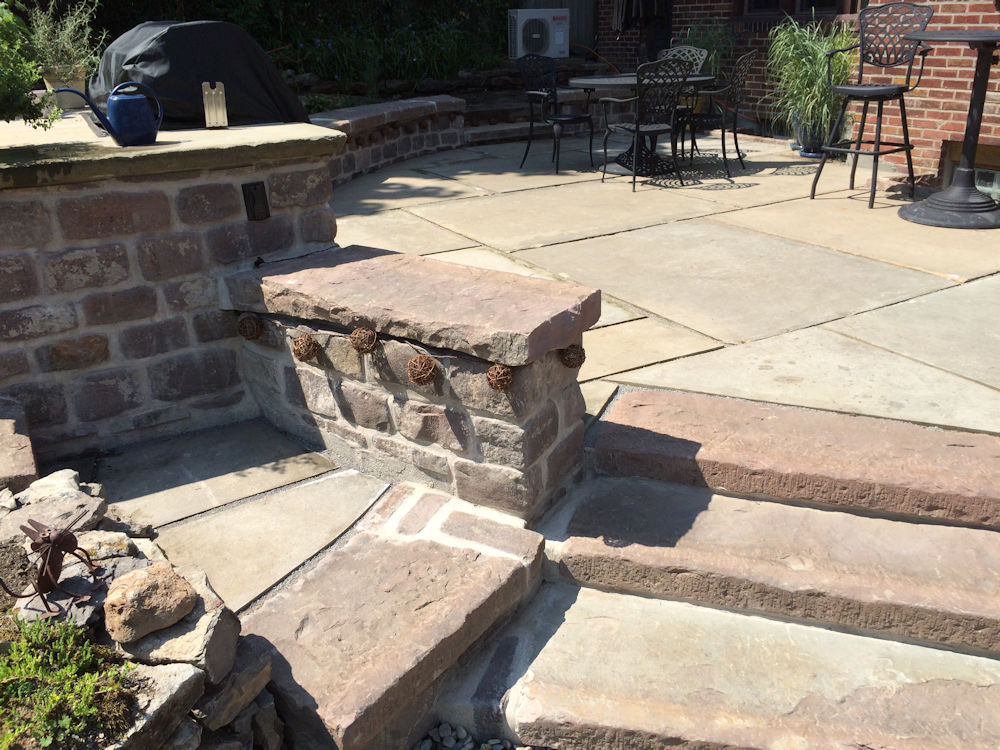 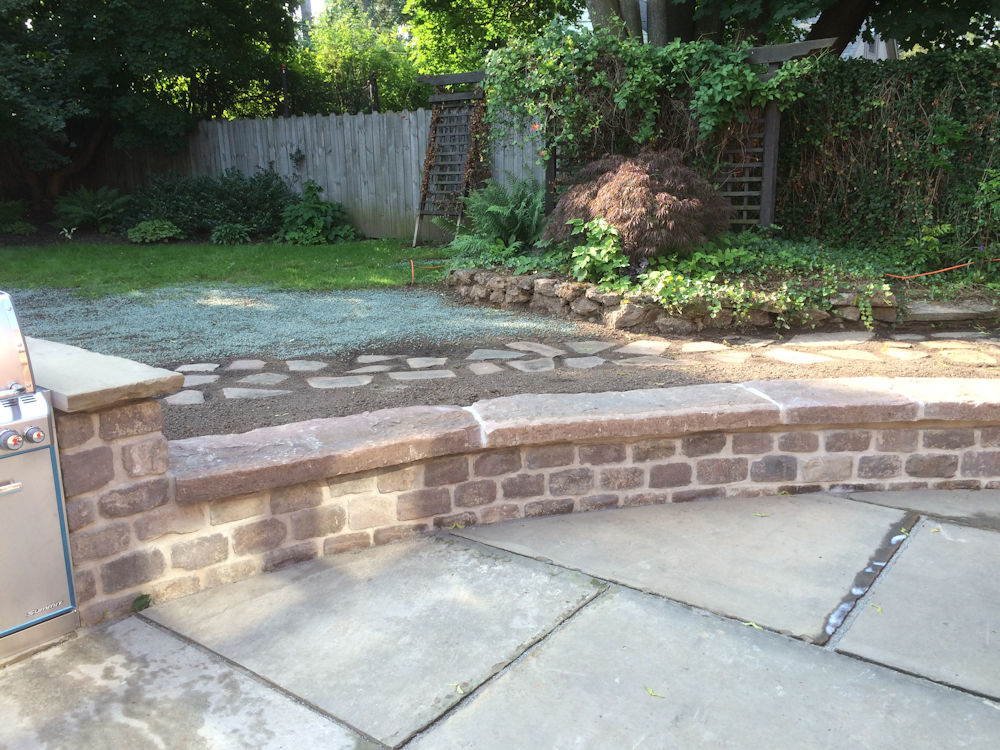 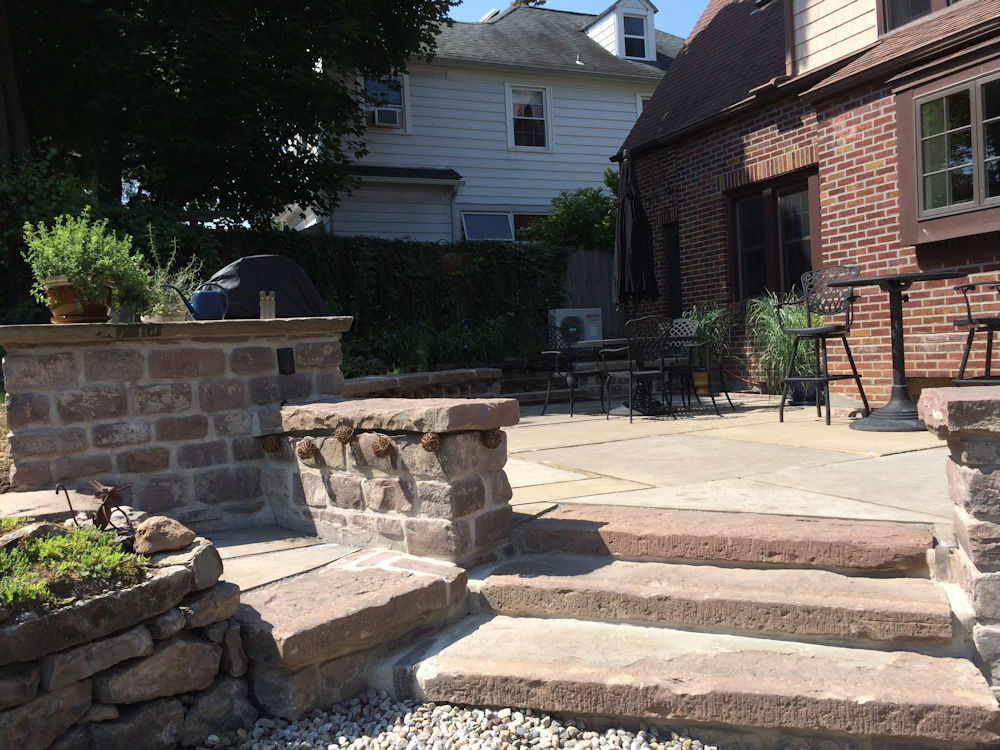 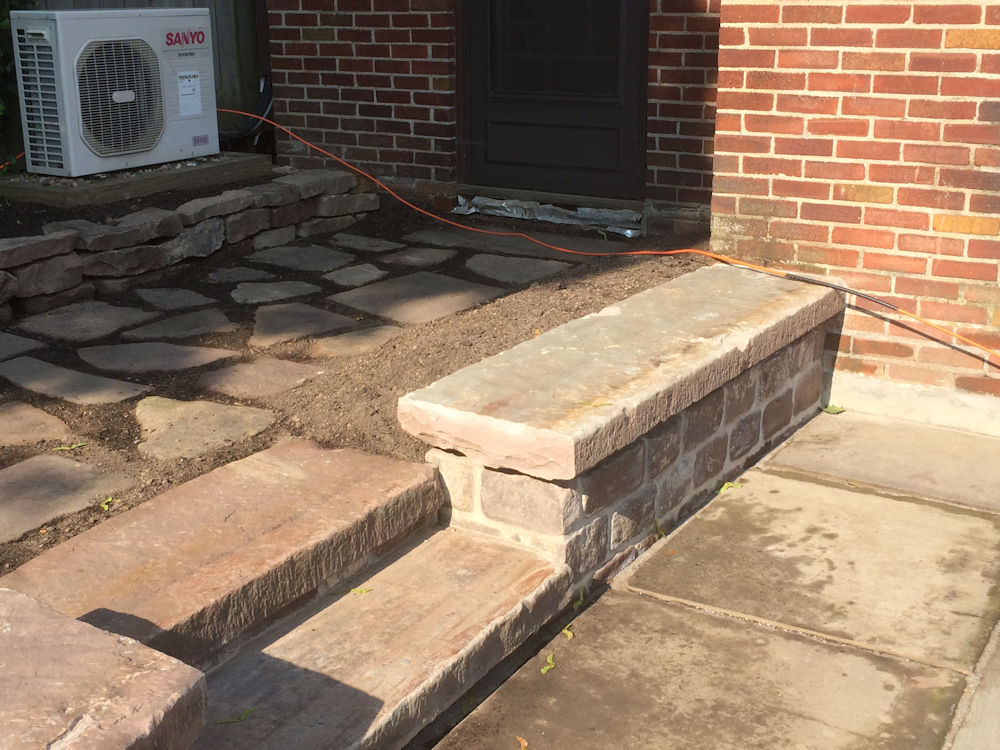 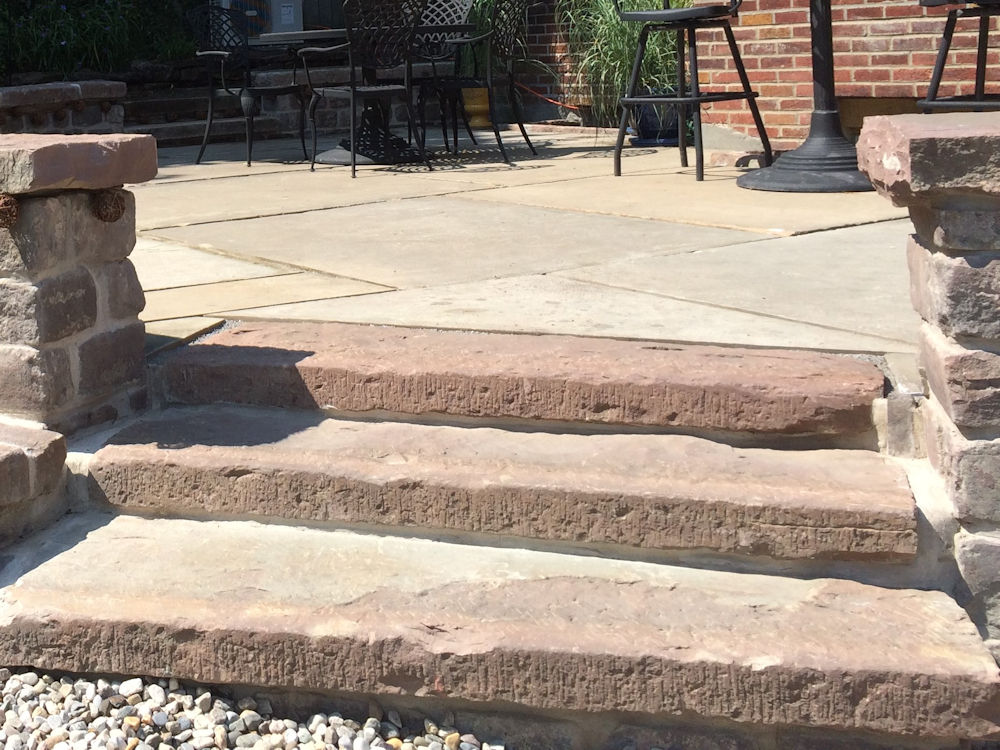 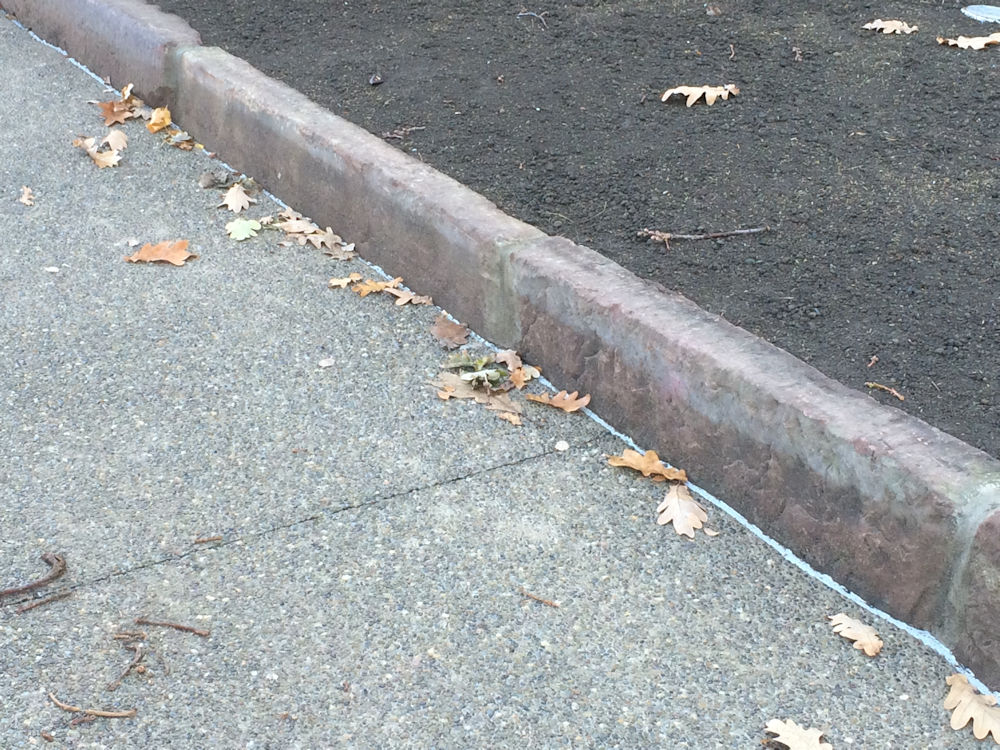 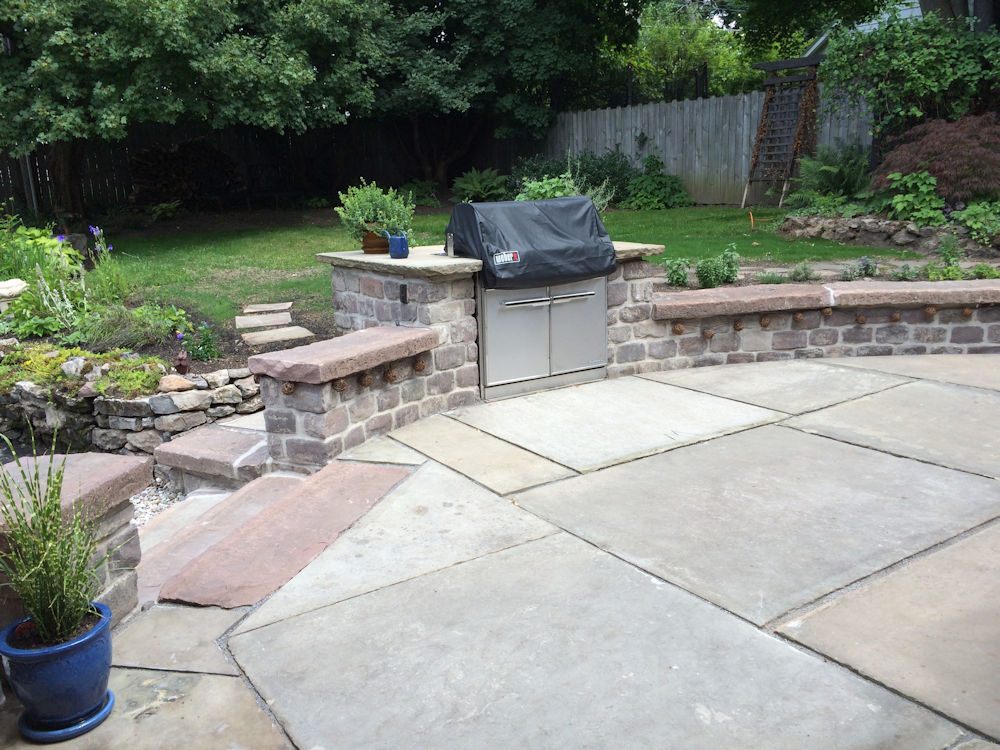 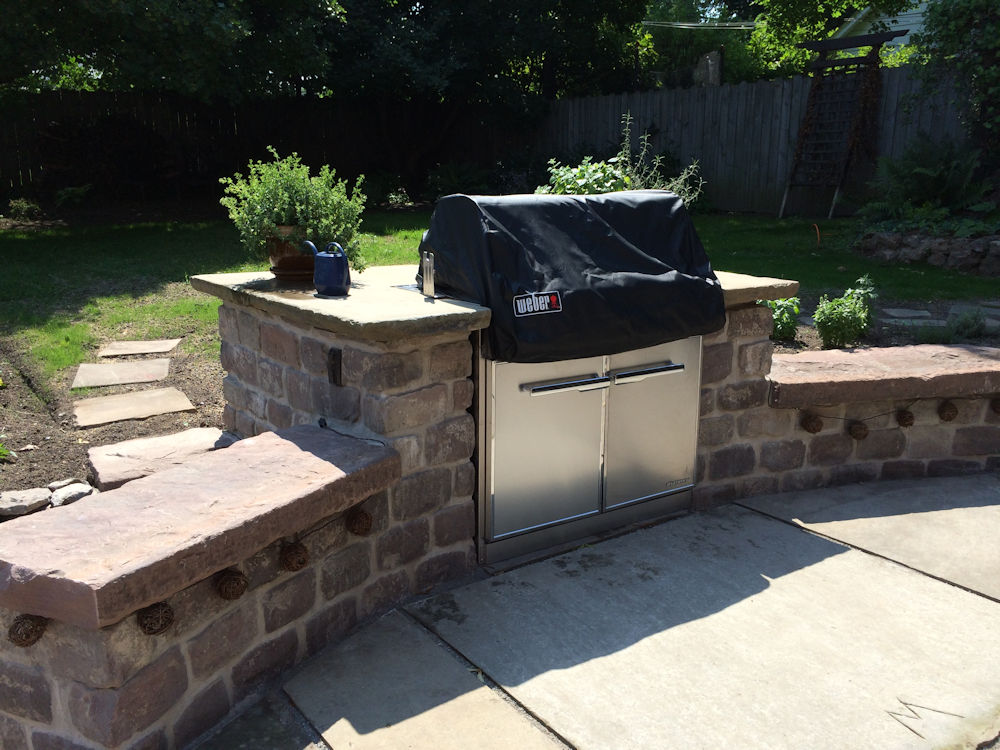 In Western New York, the owners of this 1927 brick Tudor transformed their backyard into an outdoor entertainment space, while simultaneously maintaining the historic charm of their city property. Previously, a few pieces of Medina curbing and sidewalk slab were used as stair treads and stepping-stones. It’s likely these antique stones were scavenged from the contractor who removed them from the front of the house decades before. As such, it made sense to build upon the historic use of Medina stone to construct an outdoor room and complement the house, as well as the gardens the homeowner meticulously maintain.

Large sidewalk slabs now cover the patio surface, some of which even bear the initial of the original mason who skillfully made and placed the stone more than a century ago. Medina curbing was used for window wells, seating wall caps and stair treads, with chisel marks – still visible from when the curb was carved – adding character to the curbs top and face. The seating/retaining wall was constructed from cobblestones laid sideways to expose their worn top side. Even the countertop around the grill is reclaimed, a sidewalk slab.

Elsewhere, the adjacent driveway is exposed aggregate, chosen to match the color palette in the reclaimed stone. Medina cobblestone is deployed as a mowing strip along garden edges and as stepping-stones throughout the lush gardens.

Overall, by consistently using one type of reclaimed material of the same vintage as the property, the homeowners have created a more comfortable, welcoming space that seems to have happened naturally. Now, with the Medina stone throughout, the outdoor space feels like it belongs. In fact, visitors often mistake the patio for part of the original house construction.